It was a spectacle that left the City of Livorno and even the Benetti Shipyard itself open-mouthed. Everyone there was amazed, bewitched and most importantly proud as they admired a stirring and unquestionably unique parade they are unlikely to ever see again.
The three magnificent yachts, while preparing to cross the Atlantic on their way to the USA, showed themselves off in all their imposing and timeless beauty: mega yachts Spectre (69 meters long), Seasense (67 meters) and 11.11 (63 meters) paraded together in the waters off the Livorno Shipyard, inviting everyone to look out to sea and reflect on the result of long, impassioned and meticulous teamwork.
It is a result the Shipyard decided to share with its co-citizens, who were captivated by this amazing sight and proud to be able to cone three exclusive models, representing an example of style admired the world over, enchanted and amazed everyone who had made a special trip or happened to be there by chance, and who are sure to treasure the emotions aroused by the three mega yachts for many years to come. There were also a few tears of disbelief and emotion to be seen on the faces of several shipyard workers who had contributed to these projects, and seen the fruits of their labour take shape day by day.
The three magnificant works of art are tailor-made to satisfy the desires and represent the passions of their demanding, perfectionist owners; as well as embodying the dreams of every sea and yacht lover. 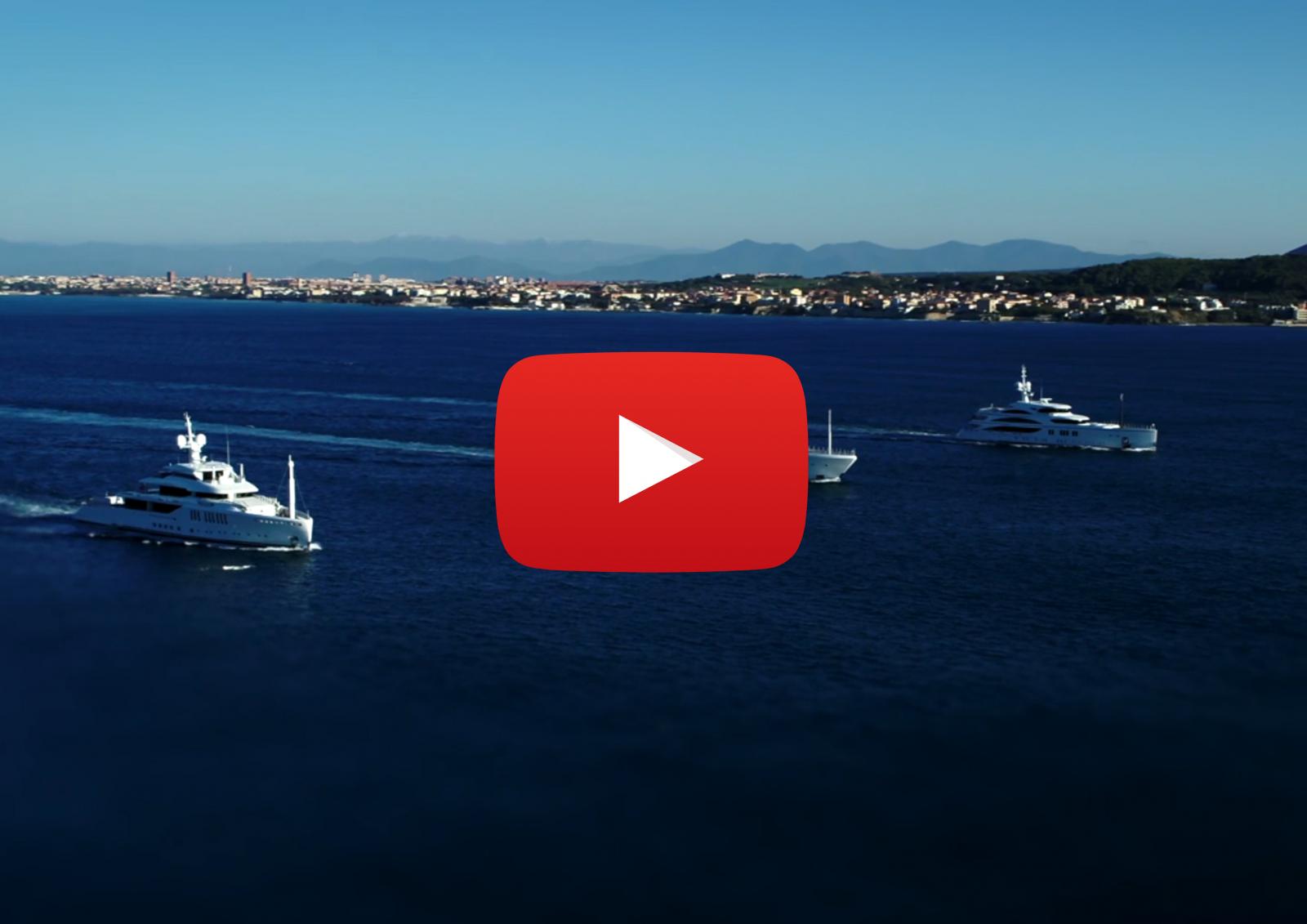