The Middle East is officially home to buyers of the worlds biggest superyachts, with the average locally-owned private vessel now measuring 63 metres in length just ten metres shorter than an Airbus A380, the worlds biggest passenger plane.

Global analysis compiled by the Superyacht Builders Association (SYBAss) with data from SuperYacht Times found that the region tops other major yachting hubs across the USA, Europe and Asia in being home to the fleet of most sizeable personal pleasure vessels.

The superyachts found docked across the UAEs 5,000+ berths, a number which is set to grow by 1,400 with the 2020 opening of the new Dubai Harbour, and sailing internationally tend to not only be longer in length but greater in volume too, averaging 1,618 in gross tonnage.

As the region continues to grow as a yachting hub, the research by the independent bodies found that the percentage of superimbed. The Middle East is now home to 12.6% of all 40m+ superyachts a total of 216 mega-vessels.

Supplemented by an estimated 10,000 registered small-to-midsize pleasure-craft, the growth is further proof that the UAE in particular – recently ranked as the worlds fourth best performing and logistically advanced port is continuing to make significant waves as it blossoms into a truly world-class maritime hub.

The figures have been brought to the fore in partnership with the Dubai International Boat Show, the 27th edition of which gets underway this month. As the leading maritime event in the Middle East, the Dubai International Boat Show to be held Feb 26th through March 2nd at Dubai Canal Jumeirah the event plays a critical role in creating and sustaining demand for superyachts and boats of all sizes and budgets across the region.

Asked if 2019 will be another year of big regional spending, Theo Hooning, Sid: We certainly hope so. The number of ultra-high net worth individuals is continuing to grow, so we know the target audience is there and in increasing numbers.

The average length of yachts of owners from this region, however, is the highest in the world, at 63 metres. Projected wealth development coupled with an historic uptake of superyachts, positions the Middle East and North African as a region that is expected to continue to be an essential and stable market for the indufacturer of luxury yachts and fiberglass boats Gulf Craft is responsible for the 14 superyachts currently under construction in UAE. There are a total of 830 yachts over 24 metres under construction globally, the largest of which measures a mammoth 182.9 metres.

As one of the biggest exhibitors at Dubai International Boat Show, Gulf Craft will be bringing a selection of its luxury vessels to the show this month, including the Majesty 140 and Majesty 100; two true yachting masterpieces, designed and built in the UAE.

SYBAss members set to wow in the shows 2019 Superyacht Avenue include award-winning international builders Amels, Baglietto, Benetti, CRN, Feadship, Fincantieri Yachts, Heesen, Lrssen, Oceanco and Sanlorenzo, all of whom will be showcasing their latest on-going projects.

Merijn de Waard, founder of SuperYacht Times, said: In 2018, there were over 470 yachts sold worldwide. On average, these measured bigger than ever beforeng from 43.7 to 45.7 metres with a spike in Middle Eastern ownership, up from 11.5% to 12.6%. The demand for superyachts has increased over the last few years which underscores the growing luxurious lifestyle in this region and the efforts that Dubai is taking to establish itself as a global maritime hub.

Plans for new mega marinas and harbours in the UAE are designed to further increase this demand by creating thousands of new berths in stunning locations, which will appeal to the owners of both superyachts and medium-size leisure craft.

The UAE was last year ranked as the worlds fourth best performing port reaffirming its growing impact as a maritime hub, and the status of the Dubane of the worlds most important showcases for the superyacht industry.

Trixie LohMirmand, Senior Vice President, Events Management, Dubai World Trade Centre, organisers of the Dubai International Boat Show, said: With close to 15% of the show dedicated to superyachts, the full superyacht experience, and launches and presentations by the world’s leading superyacht builders, the Dubai International Boat Show remains the Middle Easts most alluring marine lifestyle event, set right here in one of the world’s most talked about leisure yachting and tourism destinations itself soon to be accentuated by the imminent completion of Dubai Harbour, the regions largest superyacht marina.

Accessing super-affluent Middle Eastern buyers through the Dubai International Boat Show to cultivate, build and augment long-term client relationships with yachting stakeholders from across this region is therefore critical to the global growth devr />

To learn more and register your attendance, please visit www.boatshowdubai.com 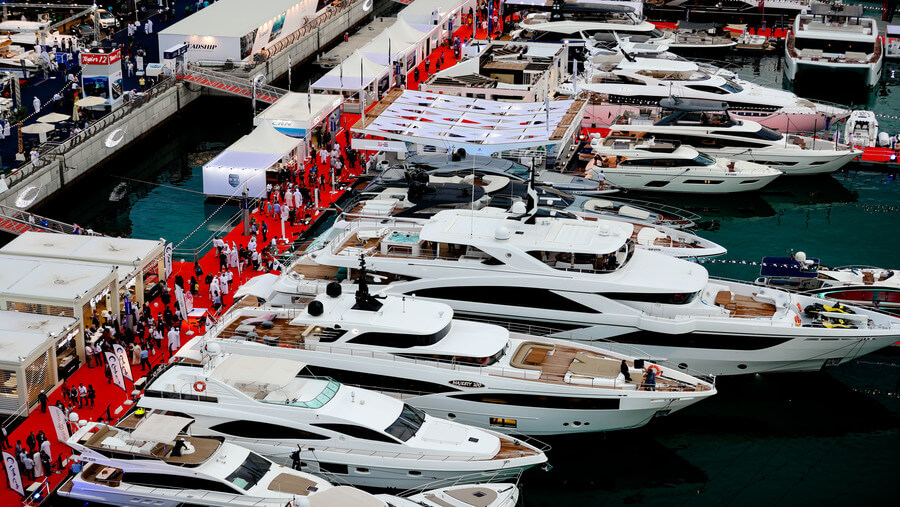