The first yacht in the 49.9 metre Tankoa S501 series has been launched in Italy and named Vertige. 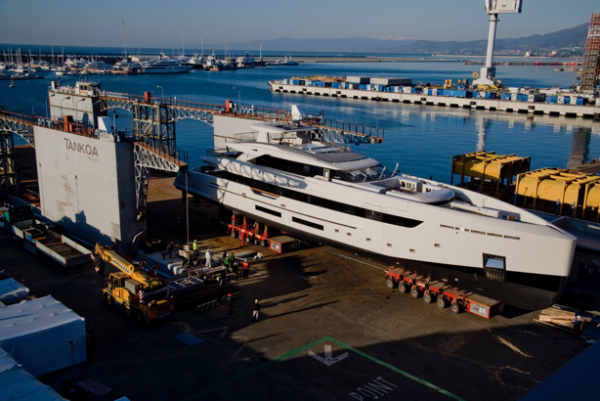 Styled inside and out by Francesco Paszkowski, Vertige was sold to an experienced French client in February 2015. Construction began in May 2015 and delivery is scheduled for April 2017.
Owner’s representative Albert McIlroy, who closely followed the build of the debut Tankoa yacht Suerte, said: “With S501, the shipyard has greatly improved their time schedule management and operation processes. They truly have a Teutonic approach that often leaves me speechless for an Italian builder.

Tankoa used feedback from yacht owners, captains, surveyors and engineers in creating the brief for the S501 series and gave Paszkowski a specific list of ‘must-haves’ for the new yacht. This included reduced management costs and maintaining reasonable consumption levels.
Paszkowski met these aims by designing the yacht to come in under the 500GT threshold and by using light aluminium alloy to create a lightweight displacement hull. 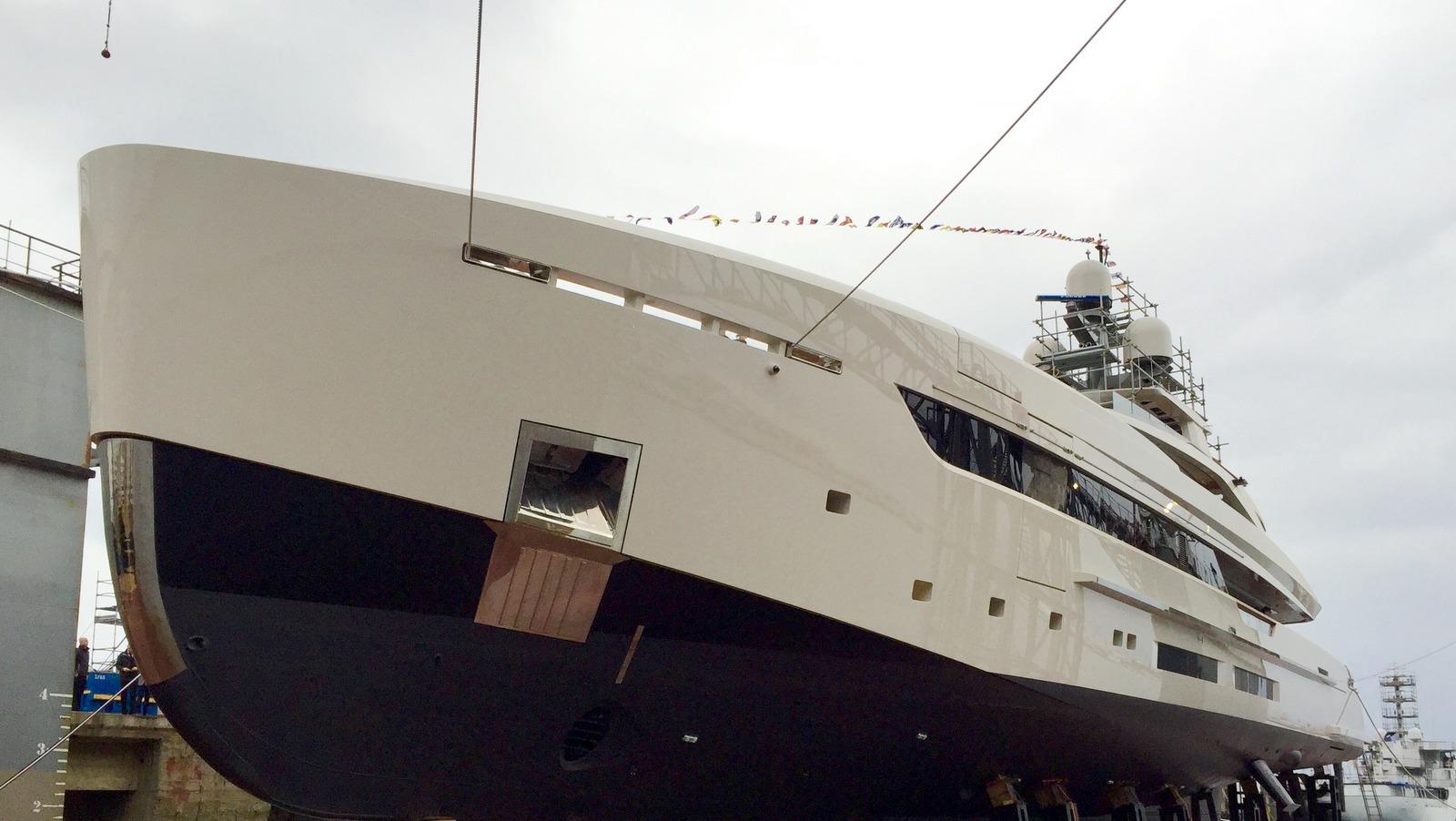 Tankoa’s brief also called for extended outdoor spaces and a myriad of options for enjoying life at sea, which is seen in the fold-out superyacht balconies in the master stateroom, floor to ceiling windows and three outdoor dining areas.
A teak-finished tender garage that will be capable of hosting a 7 metre RIB converts to a spacious beach club when the transom door is opened. Vertige also features a superyacht gym and on-board cinema.

Full-beam owner and master suites on the main deck, plus four lower deck guest cabins, offer accommodation for up to 12 guests. The modern but warm interior dcor was created in collaboration with Margherita Casprini.

The hull design is courtesy of Massimo Visibelli, who has a background in the cruise ship industry and is an expert in hydrofoils. As a result, Vertige features a modified plumb bow, a hard chine and high freeboard to minimise spray while underway.

Twin MTU engines will give Vertige an estimated top speed of 16 knots and a maximum cruising range of 5,000 nautical miles at 12 knots. 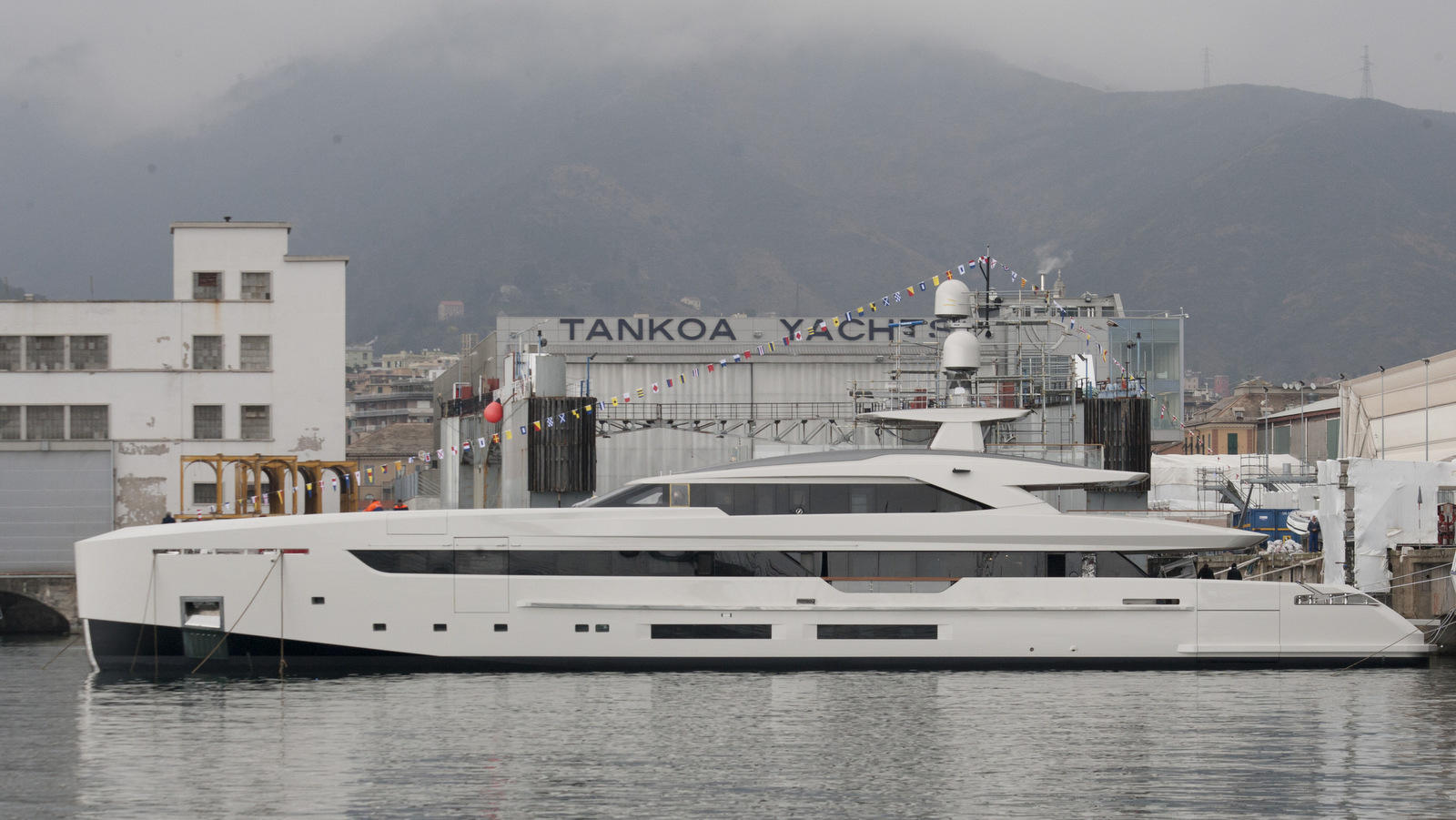 Founded in 2008, Tankoa is a relative newcomer to the yacht building industry, but it hasn’t wasted any time. The Italian yard launched the stylish 69 metre Suerte in 2015 and recently revealed a 58 metre open yacht concept.