With 450 boats on display, the Dubai International Boat Show (DIBS) saw a flock of sea enthusiasts and families attend the opening day for a look at some of this years biggest and best boat and yacht launches and family entertainment. Organised by the Dubai World Trade Centre, the show will be held at the Dubai Canal until Saturday, 2 March.

The 27th edition of the show has brought to the coasts of Dubai for the first time ever a number of launches, including custom yacht-builder Oceancos newest project, the105-meter (345ft) diesel-electric driven Esquel, which has been designed for extensive cruising to remote regions extending from the North Pole to the South Pole and everywhere in between.

UAE company Enata, launched and demonstrated the pre-producer, the worlds first flying yacht, which promises to make seasickness a thing of the past. Using four retractable foils, the Foiler lifts itself out of the water to give passengers a sensation of flight as it skims along the water using 740-horsepower hydrostatic propulsion.

Bespoke luxury yacht builder Dominator Yachts introduced the HANAA. With connotations of Happiness, Bliss and Felicity in Arabic, the HANAA is a 28M Ilumen, which includes bespoke features including a custom made sofa in the salon, the typical Ilumen moon roof over the owner cabin bed, a private bow terrace or many superyacht features like a Williams jet tender, a video projector on the flybridge or an unfoldable beach platform to enjoy the time spent on sea to the fullest.

Gulf Craft, the Emirates pioneer builder of luxury yachts and leisure boats returned to DIBS this year with a fleet of 12 vessels, and – riding the waves of success introduced an all-new range oowered Nomad Yachts, the next generation of their popular Oryx Sport Cruiser, and a new breed of Silvercraft fishing boats.

Gulf Craft has supported the Dubai International Boat Show every year since the shows inauguration, and for several years recently has been the events largest exhibitor.

Ferretti Group, one of the worlds leading leisure yacht manufacturer, is participating with a fleet of four yachts and announced its new partnership withOcean 360, the regions newest 360-degree leisure yachting enterprise, covering the territories of the United Arab Emirates, Oman and Egypt.

Meraas, the Dubai-based holding company, unveiled its industry-defining maritime neighbourhood Dubai Harbour to VIPs and visitors at the DIBS opening, showcasing the three main areas of the 1,100-berth marina Harbour Marina, Bay Marina and Palm View Marina with an interactive masterplan model ofsense for what to expect at the regions most sought-after marina, come 2020. Set to the highest international standards, Dubai Harbour will be the first yachting community hub in the Middle East, and will become the official home of the Dubai International Boat Show from 2020.

Riju George, Show Director of the Dubai International Boat Show, said: Were delighted to see the reception of day one. Exhibitors are reporting very healthy levels of interest and business and are thrilled with the visito”With a number of boat launches and unveilings of premium new yachts, the Dubai International Boat Show once again cements its standing in the global maritime industry through its variety of luxurious marine vessels and range of entry-level sea-toys and boats for all boating enthusiasts.

The 27th Dubai International Boat Show takes place at the Dubai Canal Jumeirah, and is open to trade visitors and the general public from 3pm 9pm daily from February 26th to March 2, 2019. Tickets will be available at the gates for AED 60. 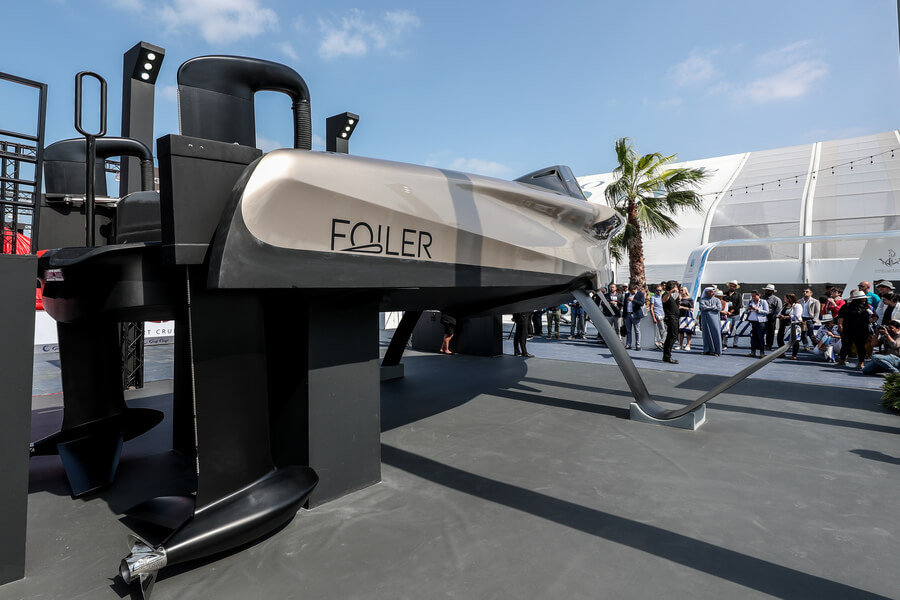