Launched by Feadship in January and recently delivered to her experienced owner Peter Wilson of MCM as owner representative – was on board 58-metre Najiba throughout her sea trials in the North Sea. During the standard series of tests, she smashed several performance predictions, largely thanks to her all-aluminium construction and slippery hull design by Vitruvius Yachts / Philippe Briand.

It was evident during the crash stop test, for example, that the yacht comes to a stop much more quickly than an equivalent steel vessel, says Wilson. We went from full speed at a little over 17 knots (more than a knot over her contractual top speed) to full stern with both engines and the yacht behaved fantastically with no skewing or wild vibrations. The same was true of the acceleration tests, when we went from a stationary start to just under half a mile in 120 seconds. The turning circle and zig-zag tes is a really nimble and sporty yacht, particularly when one considers her size.

Najiba proved to be an efficient performer in other ways. Powered by two MTU 12V 2000 M72 main engines (1080kW each), she consumes 183 litres per hour at 12 knots, which equates to 11.4 litres per nautical mile or 20-25% less than other displacement motoryachts in her class.

We also crushed the range prediction, which was contractually to be not less than 4,400 nautical miles at 12 knots – but is actually over 6,000 miles says Peter. This kind of performance is largely thanks to the Vitruvius Yachts philosophy and Briands skill as a sailboat designer focusing on reducing hydrodynamic drag and therefore, increasing efficiency, but not, it should be added, at the expense of comfort and stability.

How quiet the yacht is

All-aluminium yachts can be noisier than their steel-hulled counterparts, butpackage by Van Cappellen meant that in some areas of the yacht decibel levels are 25% below original mandated maximums. We were truly astounded by how quiet the yacht is; not just in harbour conditions, but also at cruising speed, says Wilson. In fact, you might not be aware the yacht is moving until you look out the window and see the water rushing by..

Najiba headed up to Norway her first cruising experience

After a couple of weeks spent in northern Holland for the captain and crew to familiarise themselves with the yachts systems, Najiba headed up to Bergen in Norway. Her owner intends to enjoy the dramatic scenery of the Norwegian fjords before returning south to spend the summer season cruising with friends and family in the Mediterranean. The team on board, including Feadship representatives, reported zero issues on the trip up to Norway, concludes Peter. The seakeeping of thing roughly 13.5 knots between Amsterdam and Bergen. Basically, a glowing report all round. 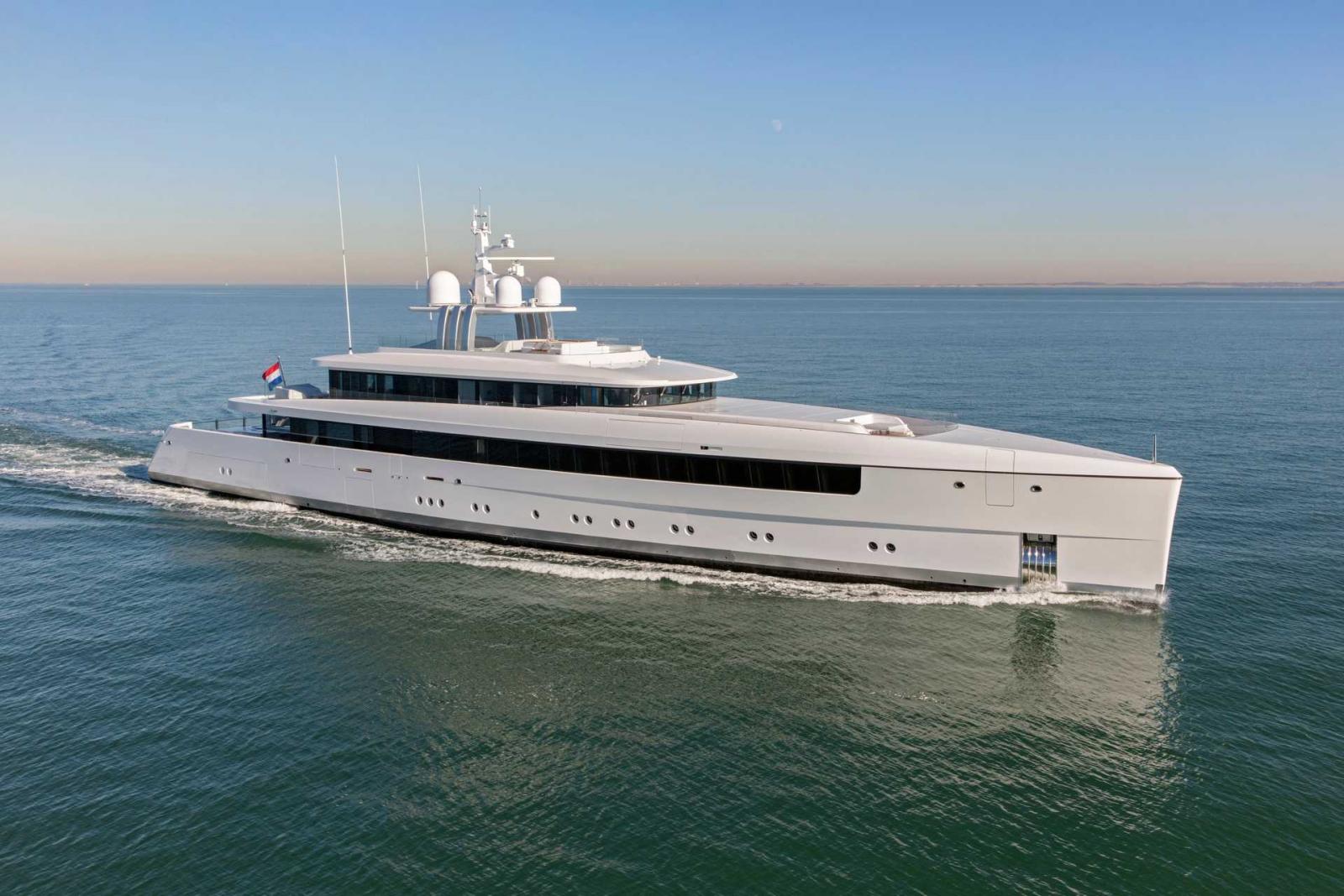 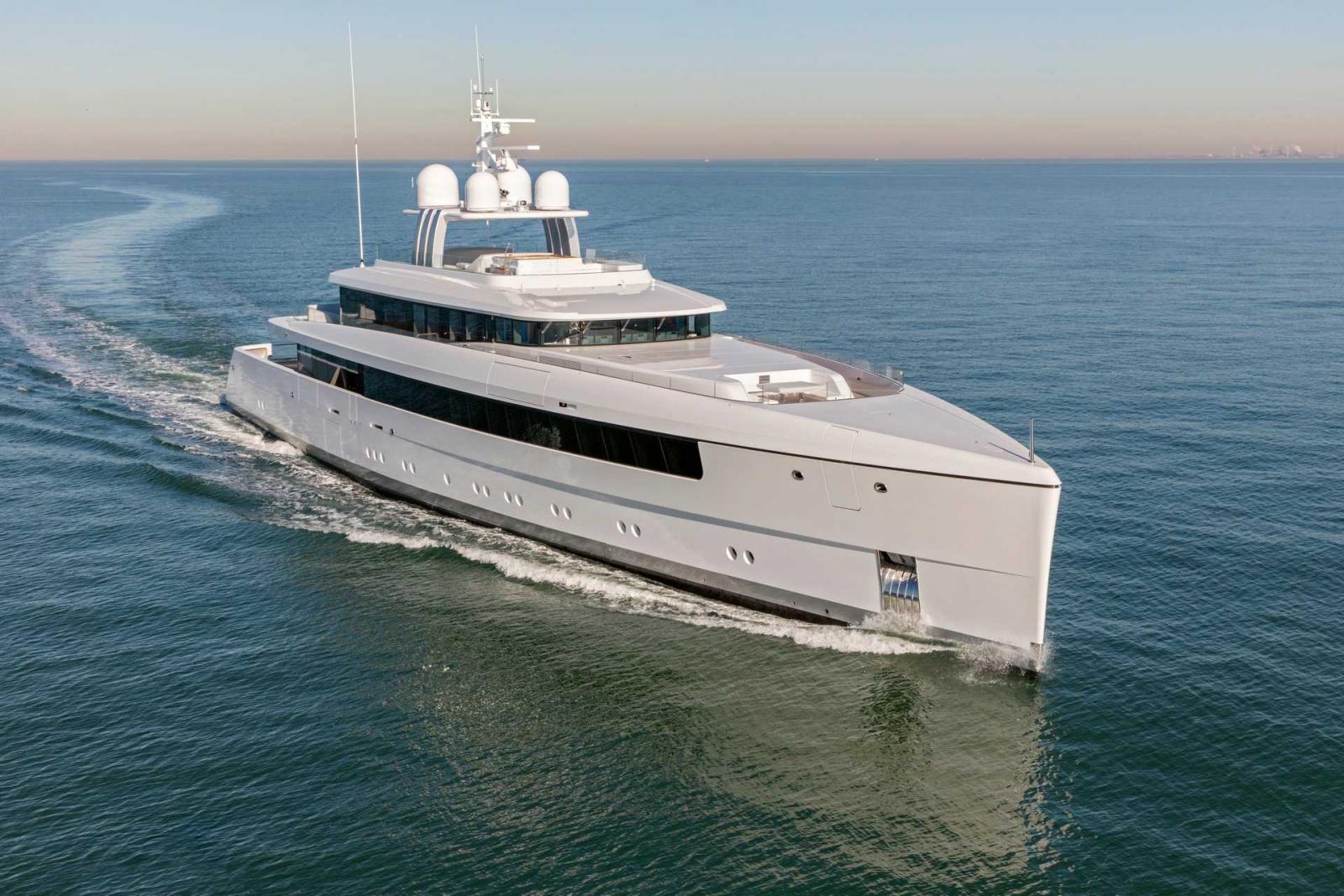 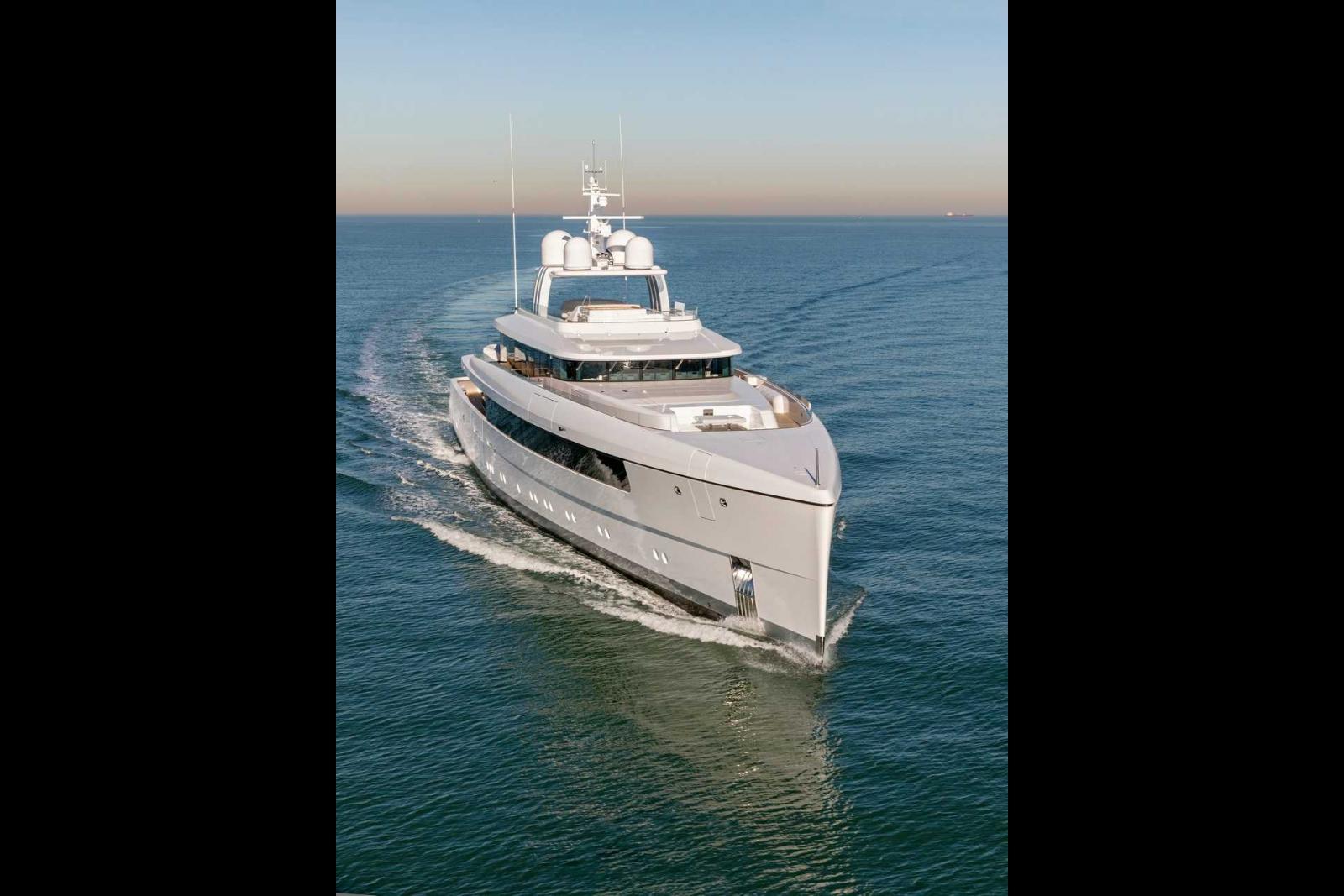 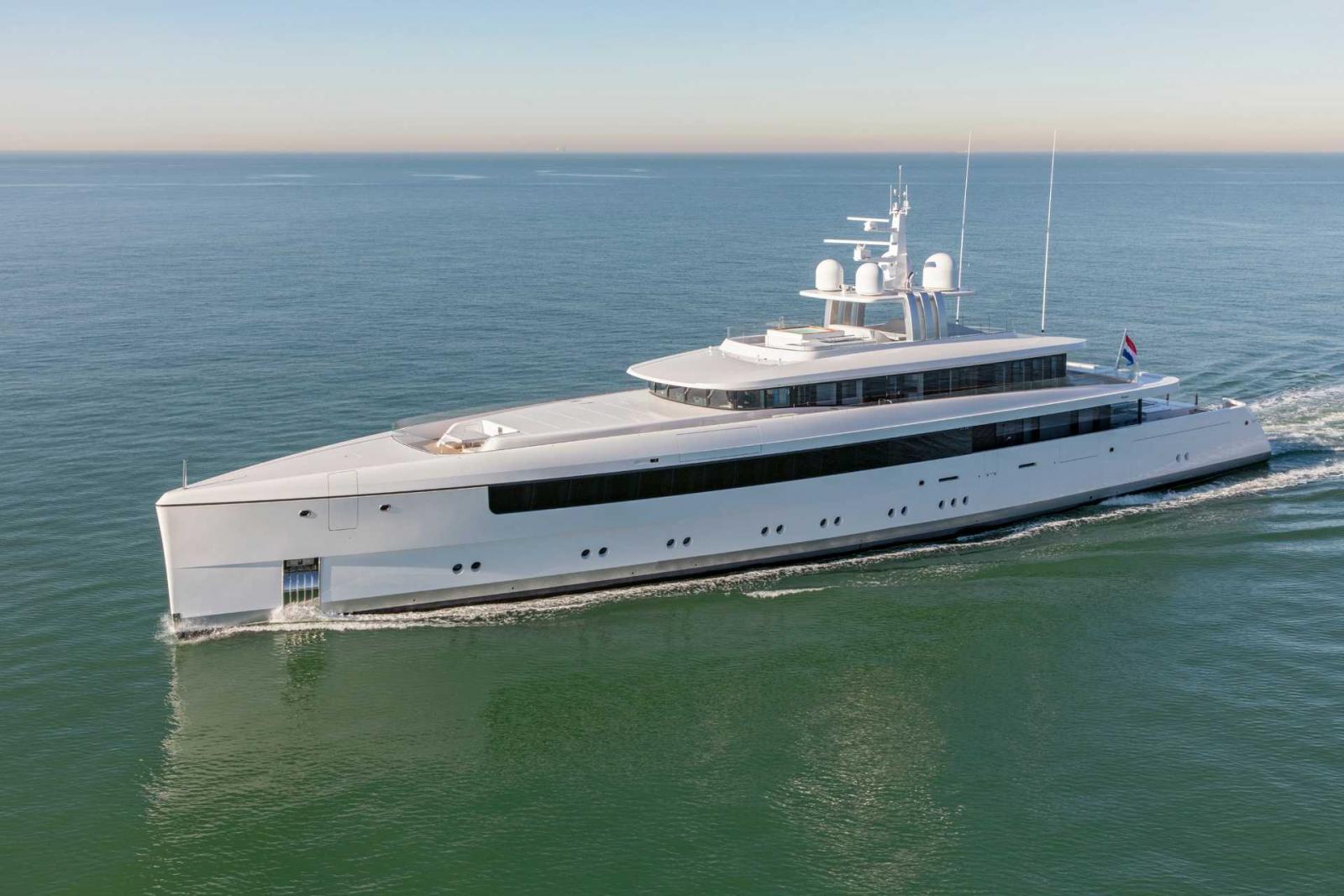 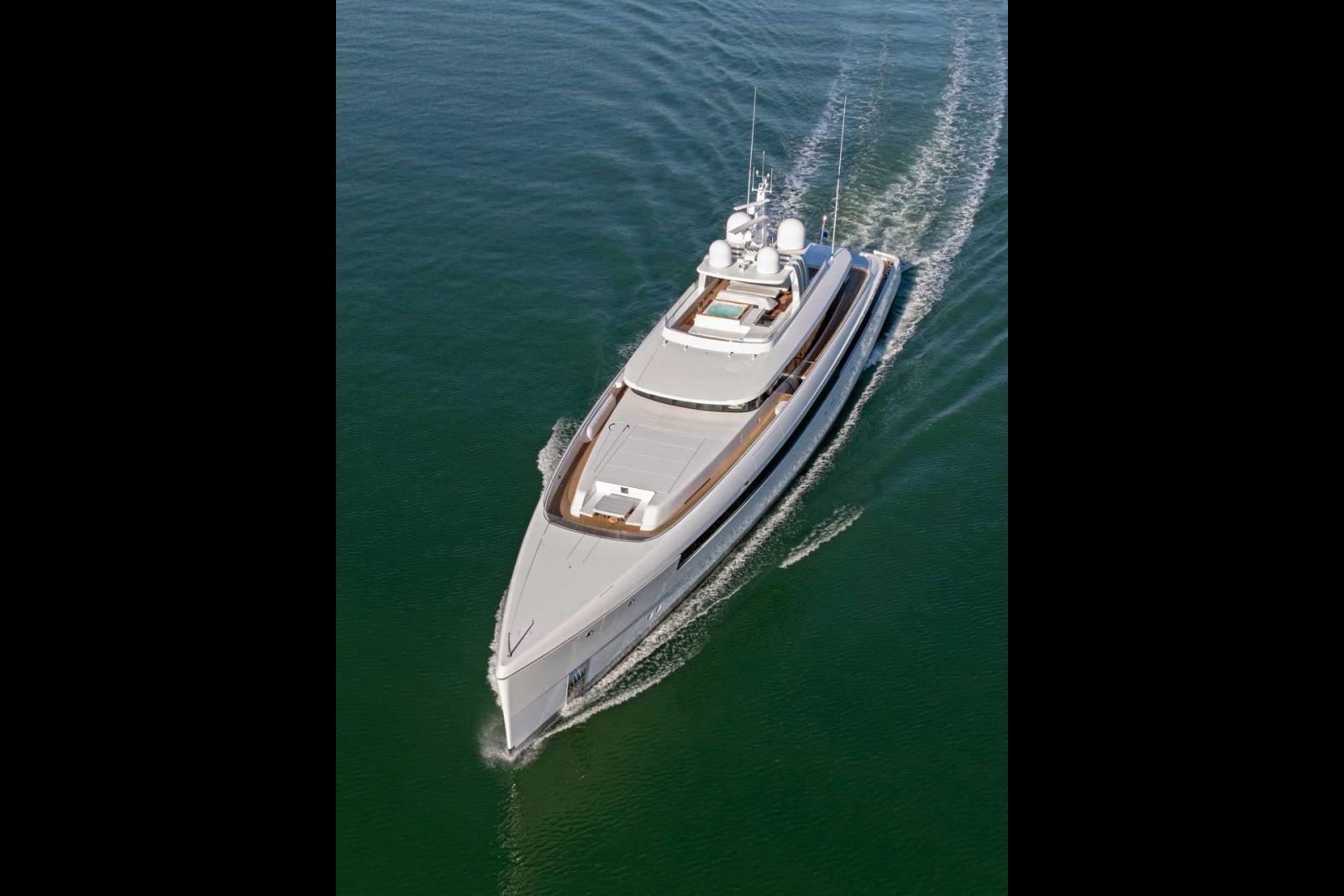 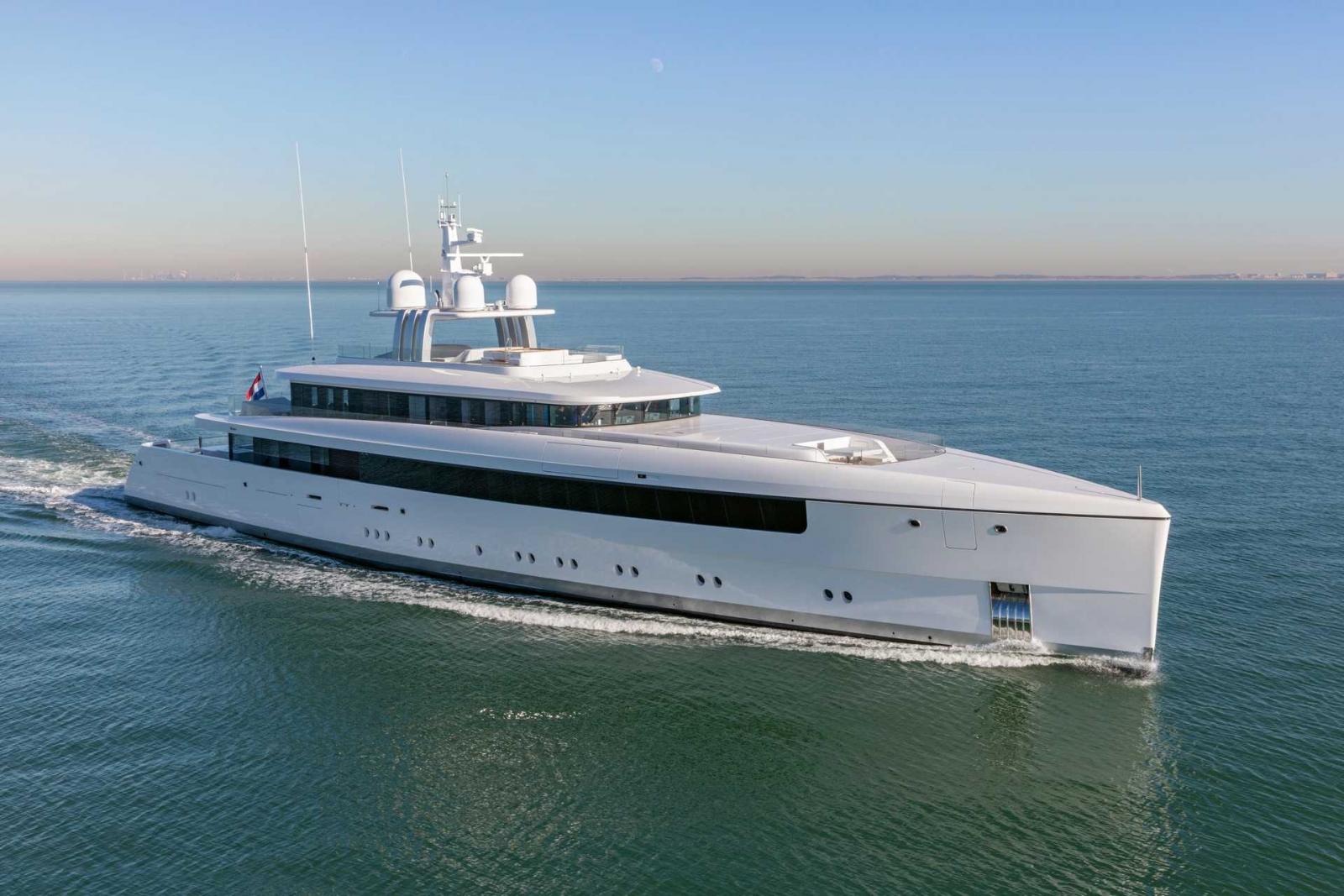